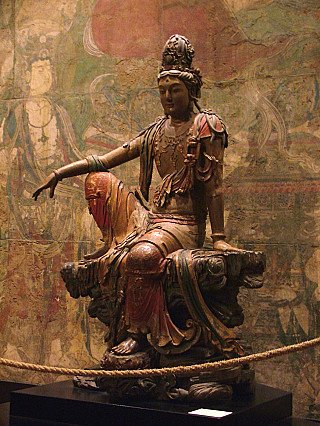 Guan Yin is the Chinese name for Avalokitesvara Bodhisattva.

However, folk traditions in China and other East Asian countries have added many distinctive characteristics and legends.

Look at our Guan Yin statues

Guanyin is the Bodhisattva associated with compassion. She is often compared with Virgin Mary / Mother Mary.

Kwan Yin is considered as a donor of children and is frequently shown with a child in her arms, close to her feet, on her knees or with a number of children around her.

In China, Guanyin is sometimes shown in a white flowing robe and usually wears necklaces of Indian / Chinese royalty. In her left hand is a jar containing pure water, and the right holds a willow branch. The crown usually depicts the image of Amitabha Buddha, Guanyin's spiritual teacher before she became a Bodhisattva. 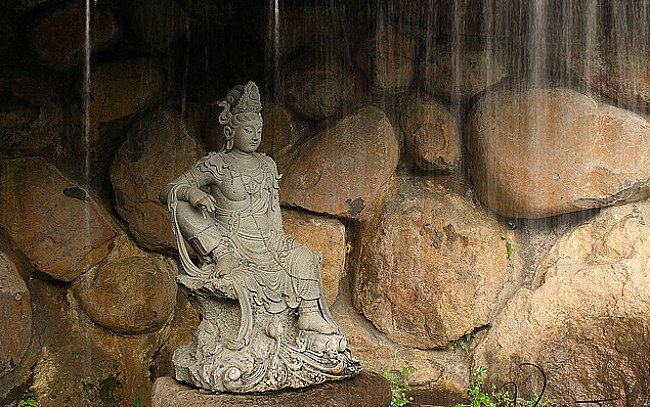 In Chinese art, Guanyin is often depicted either alone, standing atop a dragon, accompanied by a white parrot, flanked by two children, or flanked by two warriors. The two children are her acolytes who came to her when she was meditating at Mount Putuo. The girl is called Long Nü and the boy Sudhana.

Guanyin is immensely popular among Chinese Buddhists, and can be seen in many Buddhist temples and monasteries.