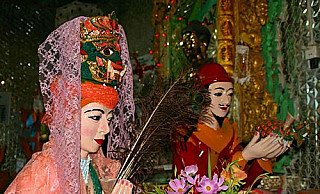 In spite of centuries of Buddhist practice, animism, the worship of spirits, which have existed from an even more remote time, continues to exist side by side with Buddhism.
Ghosts and demons have not been seen by many but that is no reason not to believe those who have!

The Burmese spirit world has thirty-seven nats or spirits. Most of these are spirits of those who have died a violent death. Shrines are built for them and offerings made.

Most of these spirits are appeased out of fear for they are capable of punishing more than rewarding, but that does not mean that one cannot ask for health, fame or fortune.
Even among those who have given up animistic worship, a spell of bad luck and visit to an astrologer can make them revert back to their traditional worship to appease spirits who still want their offerings. For nat worship, it is the custom to hang a green coconut in a small basket in a corner of the living room. If there is an ilness, for example, and the stem of the coconut is found to be dry, it is assumed that the spirit is angry because the coconut has not been replaced by a fresh one earlier.
Those who work on a stage, make movies or play in orchestras customerily need to offer bananas, coconut, and tobacco leaf to the spirit of the arts before performanes. 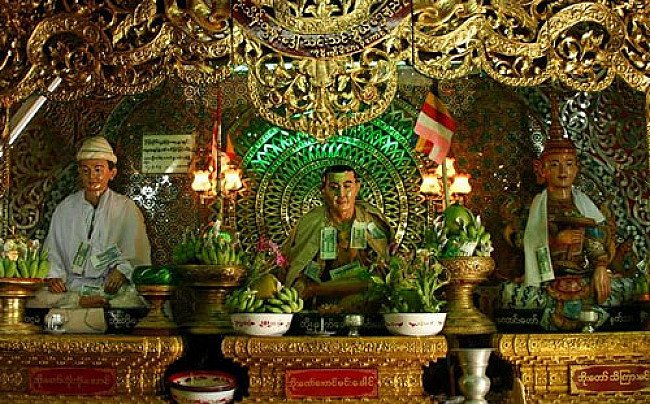 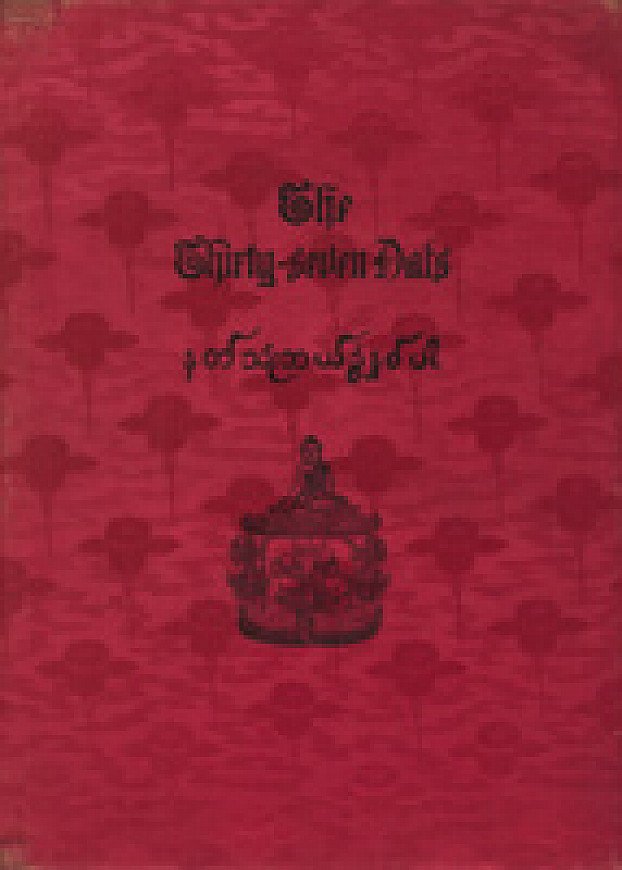 A Phase of Spirit Worship Prevailing in Burma