The art of marble carving 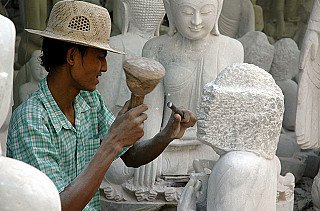 Among stones, marble is rated the best in texture, hardness and beauty.

In Burma, marble is called Sagyin, which derives from Sagyin hill. Originally Sagyin is the name of the village in Madaya Township, 21 miles to the north of Mandalay.

A mountain range consists of 7 hills - four to the north and three to the south of village. Because of the mountain range lies near Sagyin Village, it acquired the name Sagyin Hill and the marble stone produced are called Sagyin stone. As the Sagyin Hill range is an offshoot of the mountains of Mogok, the world’s best ruby land, there are some ruby mines in Sagyin Hills. But the hills are more well-known for their marble which varies in colour from pure white to bluish grey.

Marble blocks are carefully carved into Buddha images of different styles and sent to Buddhist monasteries all around Burma.

Nowadays more work is done by machines, but in the past everything was done by hand. 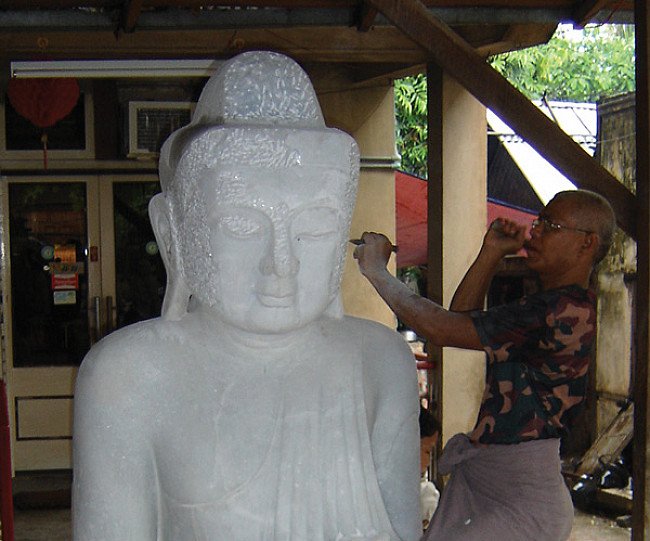 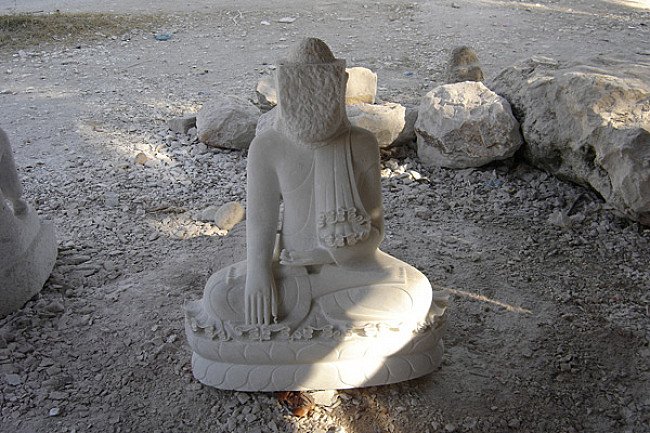 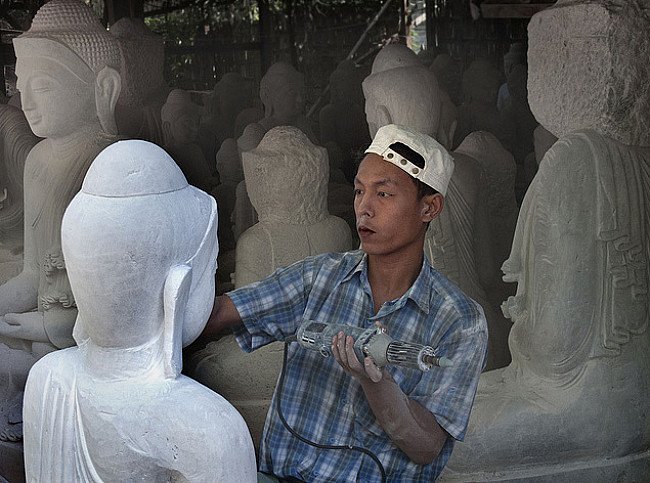 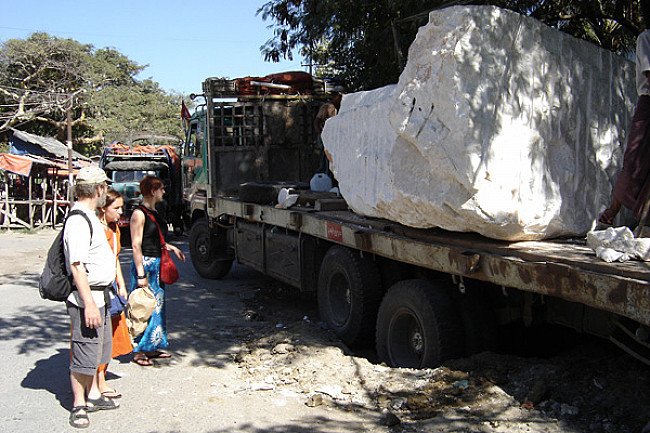 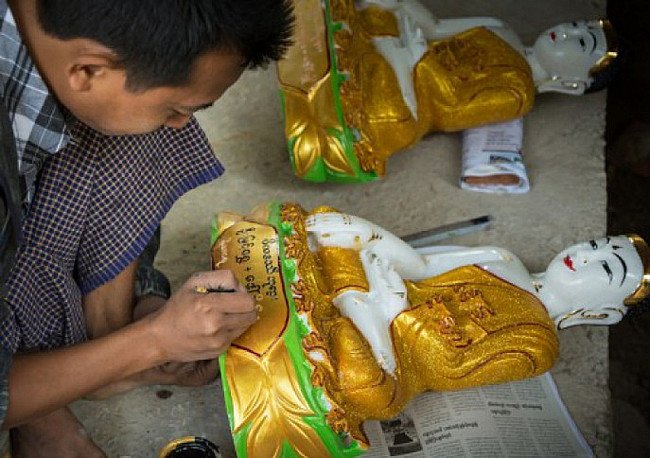