Reasons to Have Buddha Statue

Buddhism is one of the most popular religions all over the world. Having originated in the Indian subcontinent back in the 5th and 6th centuries BC by Gautam Buddha, Buddhism spread across Asia and is a dominant religion in countries like Japan, Thailand, Burma, Cambodia, Nepal, Sri Lanka and Tibet. The teachings of the Buddha have gained widespread popularity due to globalization making it one of the major religions in the world.
The popularity of Buddhism has been one of the reasons for many queries and curiosity regarding the Buddha. One of the most frequently asked queries is about Buddha statues. This is because not all Buddha statues are the same; different Buddha statues have different shapes, sizes, different gestures or mudras and styles of presentation. These variations are not just for the sake of decorations but they hold certain meanings and origins as per the teachings of the Buddha.

Find Buddha statues from our gallery 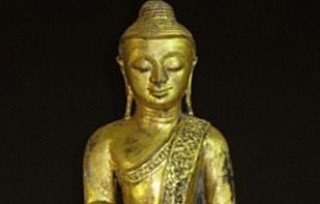 The Buddha statues or Buddha imagesare not only the physical representations or depiction of how Buddha was physically but are the symbol of Buddha's teachings, fortune, inner peace and motivational factor for every human being. It is believed in the Buddhist world that chanting or praying in front of the Buddha statue gives one some sort of inner satisfaction which in turn gives peace to the mind, heart and soul. As Buddha is not just a name but a title, Buddha statues represent how one can attain the full understanding of life in the deepest way possible.
A Buddha statue triggers and reminds one of his or her vows to preserver his or her spiritual as well as meditation practice. At the same time, Buddha statues purify the mind, builds up the serenity within oneself and motivates to overcome the negative emotions of fear, greed, jealousy and hatred, hence uplifting the mind and focusing the attention on the reality of the materialistic world.The followers of Buddhism have a strong belief about a Buddha statue as the most important source of communicating self-discipline and peace of mind. Similarly, it is widely believed that having a Buddha statue in and around the house helps a person to bring out the best possible outcomes in terms of the spiritual journey as well as the positive aura among the ones that are around the statue.

Buddha statues also emulate the air of motivation among the meditation enthusiasts. Many people who are very passionate about meditation are known to have owned at least one Buddha statue as they look up to the Buddha as the source of inspiration to pursue their meditation goals. It is believed that Buddha statues help one to be focused in meditation, ultimately helping him or her to achieve the higher heights of meditation as the Buddha himself attained enlightenment by practicing meditation.

"Buddha Statues as a gift"

Another reason for one to get Buddha statues is as an item of gifts for his or her loved ones who are passionate about Buddhism, Buddha, antique statues or meditation. One cannot deny how useful a Buddha statue can be as a decorative item in a living room or in a garden. No wonder Buddha statues are some of the most gifted items around the world due to their ability to motivate and inspire people in their quest for attaining inner peace and happiness. People all over the world visit various Buddha statues galleries whether they be a physical gallery or online Buddha statues gallery so as to search for the perfect Buddha status as a gift for their loved ones.

All blogs
View our Buddha statues