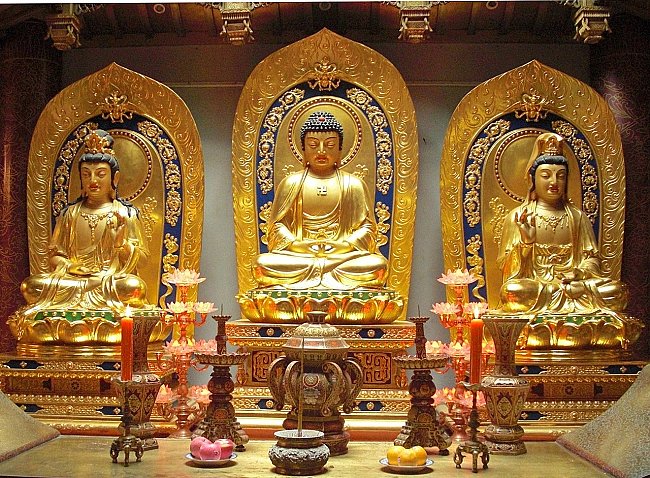 In Buddhism, Bodhisattva refers to Enlightened beings or someone who is one the path of Awakening. The term Bodhisattva is comprised of two words “bodhi” as spiritual awakening and “Sattva” as being or essence.

In Buddhism, Bodhisattva refers to Enlightened beings or someone who is one the path of Awakening. The term Bodhisattva is comprised of two words “bodhi” as spiritual awakening and “Sattva” as being or essence. According to Buddhist tradition, there are three principle meanings of “Bodhisattva” which are discussed below:

“Because he has enlightenment as his aim, a bodhisattva-mahāsattva is so called .” 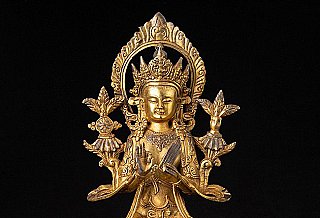 In Theravada Buddhism, the term “Bodhisattva” refers to someone who is on the path of liberation. It is also believed that Lord Buddha used this term to refer himself before and after he attained “Enlightenment”. Therefore, Bodhisattva implies a person who aims to attain Enlightenment. The Theravada also holds Bodhisattva at the highest position. Kings in ancient Sri Lanka are referred as the “Bodhisattva”. The first king, who was described as Bodhisattva was Sirisanghabodhi was renowned for his compassion to other sentient beings.

There is a significant difference in Mahayana and Theravada Buddhism definition on Bodhisattva. Theravada holds the Bodhisattva as the highest and noblest ideal whereas Mahayanists dedicated the definition of Bodhisattva to ideals and compassion of beings who suffers in order to liberate the other sentient beings.

Famous Bodhisattva in the history of Buddhism

One of the most popular and most venerated Bodhisattva in Buddhism is Avalokitesvara who was believed to possess the largest number of forms. Avalokitesvara is worshipped and respected in the form of a woman mostly in China and Japan. Avalokitesvara is known for the development of Mahayana Buddhism in the eastern part of Asia especially India, Nepal, China, Japan, Korea and so on.

Tara is considered as the Buddhist savior goddess in Tibet, Nepal and Mongolia. She is considered as the most important deity in Tibet and is known by the name “Sgrol-ma”. According to the legends, before Tara was adopted by Buddhism, she was worshipped as the manifestation of Hindu goddess Parvati and it is believed that she entered Buddhism in around 6th Century. In Japan, she is given the title of Bodhisattva as (Tarani Bosatsu).

There are many widely known form of Tara in Buddhism. They are:

Manjusri is a Bodhisattva associated with wisdom in Mahayana Buddhism. The Sanskrit name of Manjusri is “Manjusrikumarabhuta” and it is translated as “Gentle Glory”, “Soft Glory”, and “Wondrous Auspiciousness”.

Lord Buddha himself praised Manjusri in Manjusri-parinirvana-sutra. Manjusri was represented in India, Tibet, Nepal, China, Indonesia, and Japan. According to tradition of Mahayana Buddhism, Manjusri was identified as the oldest and most significant Bodhisattva in Mahayana Literature.