The Mahamuni Buddha Image - One of Five Likeliness of Buddha 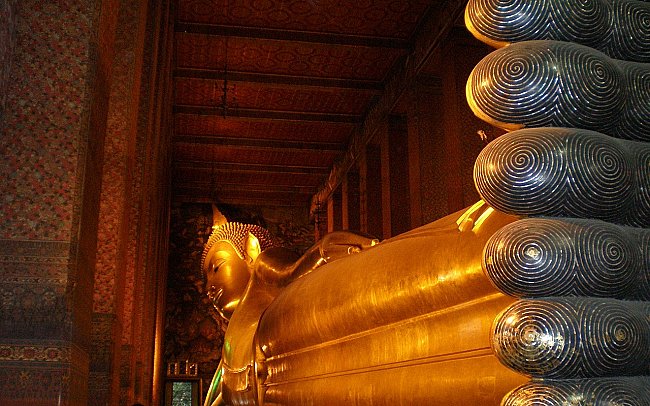 The Mahamuni Buddha image is one of the five likeliness of Buddha ever made and is enshrined in the inner chamber of Mahamuni Pagoda in Mandalay, Burma.

This great and magnificent feature of Arakan Kingdom shows the involvement of Lord Buddha in Arakan Kingdom. According to the legend, Lord Buddha once visited Dhanyawadi which was the capital of Arakan Kingdom, in order to spread Buddhism in the land of Arakan. The story of Gau tama Buddha’s seven days visit along with 500 Buddhist monks is recorded in the Mahamuni Pagoda. Lord Buddha and 500 disciples of Buddha were greatly welcomed by King of Arakan along with his Chief Queen Sandra Mala at the mountain peak near Khaukrah town. Both King and Queen were accompanied by Ministers, generals, officials and queen's 1600 ladies advisors. 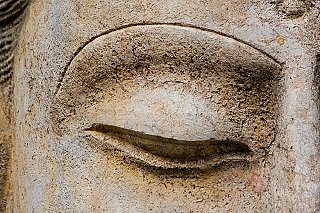 Lord Buddha preached and taught about Dharma and other essential sutras to the King and Queens. The King impressed by Lord Buddha’s teachings asked Lord Buddha to make his image. Accepting the request of the King, Lord Buddha decided to sit under the Bodhi Tree for a week so that he could meditate. Two Buddha ’s disciple Sakka and his assistant Visakkamma made a pavilion so that no trouble would arrive during Lord Buddha meditation and would enjoy the stay in Arakan Kingdom. After the Buddha image was crafted, people in Arakan kingdom called it the Mahamuni Living Image of Buddha. Lord Buddha himself named the image “ Candasara ” and state that this Buddha image would represent Lord Buddhafor Five Thousand Years.

The Mahamuni Image is the main center of attraction of Mahamuni Buddha Temple and holds religious importance in Burmese Buddhism. This image is enshrined in a chamber inside the Mahamuni Pagoda or temple. The image is seated on a throne in Bhumisparsa Mudra. The Bhumisparsa mudra is considered as a divine posture and it is believed that this mudra signifies Lord Buddha vanquishing the Mara demon. The Mahamuni Buddha image is enshrined on 1.8 meters high pedestal and this image is 3.8 meters high and weight more than 6 tons.

The Buddha image is covered with royal costumes which consist of Brahmanic cords around the image chest. The image is decorated with jewelry, rubies, and sapphires and the image is also crowned. The male devotees apply gold lead to this image in order to pay respect Mahamuni image. That is the reason for the distorted shape of the image since the gold leaf applied made a thick layer of about 15 centimeters.

Washing rituals is performed on a daily basis which is performed by the senior monk who is dressed in a monastic robe. This washing ritual of Mahamuni Buddha image was started by Ven Sayadaw Buddhanta Panya Vamsa of Htilin Monastery and Pitaka Kyaung. The ritual commence at 4 am or 4:30 am in the morning. The ritual begins with formal face wash and cleaned by fresh towel offered by devotees. The senior monk then starts cleaning Mahamuni teeth with a large brush and once again use a fresh towel clean. Then the monk uses Sandalwood paste on the Mahamuni image and once again fresh towel is used to clean the image. After the ritual is finished the used towel is returned to the devotees and the devotees keep the towels in their homes.