Noble Eightfold Path is one of the principal teachings of Buddhism and is the fourth truths of Noble Four Truths and regarded by Buddha as the medium to attain Enlightenment.

Buddhism is one of the most worshiped religions and followed by hundreds of millions of people. Buddhism is mainly based on the principle of Dharma and encompasses various traditions, belief and practices which are based on the teachings of Lord Buddha . When Lord Buddha achieved Enlightenment in Bodh Gaya, he set out on a journey to help all sentient beings end their pain and free from all suffering known as Dukkha. Buddha gave his first preaching in Sarnath to Kaundinya and four other scholars who previously followed him thinking he would attain enlightenment. In Isipatana of Sarnath, he preached about Dhammacakkappavattana Sutta which includes Four Noble Truths andNoble Eightfold Path. 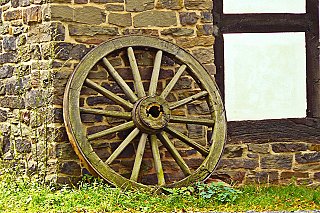 The Noble Eightfold Path of Buddhism can be categorized into three basic divisions, which is popularly known as Threefold Division. They are as follows:

The first division of three-fold division is Wisdom . Wisdom provides the sense to understand and see things as they really are. There are two eightfold factors in Wisdom .

The Second Division of Noble Eightfold Path is Moral Conduct or Ethical Conduct. It states that it is necessary to prevent one from wrong speech and wrong actions since they are powerful tools that had the possibility to increase one’s suffering.

Right Action
Right action is also known as Samma-Kammanta which literal meaning is integral action or right conduct. Right Action states that one should never hurt other, criticize other, and should always well behave. One should never conduct any such action that will harm other and should not conduct sexual misconduct.

Right Livelihood
The final factor of Moral Conduct division of Middle Path is right livelihood. Right Livelihood is also known as Samma-Ajiva . Lord Buddha taught that one should not involve in such occupation or job that may or will cause harm and suffering to other. They should not involve any occupation that deal with the flesh, poisons, weapons & arms, slave trade & prostitution, liquors and drugs.

Concentration is the third division of Noble Eightfold Path and is believed to make one calm and collectedness to develop true wisdom. There are three Eightfold factors which can be achieved by concentrating on a single meditating object.

Right Effort
Right Effort can also be called Samma Vayama and can be translated as right endeavor and right diligence. It is the first factors of Concentration division of Middle Way. One who follows the path of Dharma must make an effort to lose all evil thoughts, speech, and action. Buddha mentioned four phases of efforts. They are:

Right Mindfulness
Right Mindfulness is also known as Samma-Sati which means complete awareness. Right mindfulness states that one must constantly keep their mind to phenomena that may affect their body and mind. This means one must be aware of their thoughts, words, and action.

According the Buddhist tradition of Theravada School and Chinese Buddhist School, the Noble Eightfold Path or Middle Way was discovered by Lord Buddha when he was trying to achieve Enlightenment. These eight factors of Middle Path was taught by Buddha so that the people who follow Buddhist religion can follow so that they could lead to the state of self-awakening and liberation from worldly suffering and pain.