Bamiyan, the destroying of the Buddha statues of Bam - Bamiyan - Afghanistan
Home / Blog / The Buddhas of Bamiyan

The Buddhas of Bamiyan 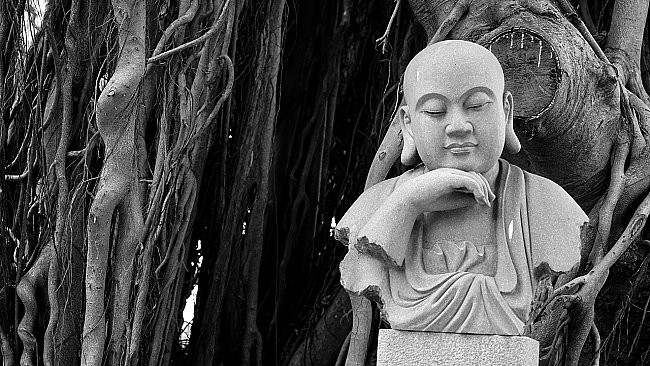 One of the thirty-four provinces of Afghanistan, Bamyan ( The Place of Shining of Light ) is located in the central highland of Afghanistan. This largest province in Hazarat region is divided in six districts. Bamiyan is a home for various famous historical and cultural sites. Some of them are Band-e Amir National park, Dara-i-Ajhdar, Gholghola, the ancient towns Zakhak, Gaohargin, and the statues of standing Buddha which was destroyed in 2001.

“To the northeast of the royal city there is a mountain, on the declivity of which placed a stone figure of Buddha , erect in height of 140 or 150 feet. Its golden hues sparkle on every side, and its precious ornaments dazzle the eyes by their brightness.”
Quoted in the journals of Hiuen Tsiang

Dated as one of the oldest Buddha statues in the history of the world, this two 6th century monumental statues is situated in the Bamyan Valley in Afghanistan at an altitude of 2500 meters. There are two standing Buddha Statues carved in the cliff which are dated back to 6th century, the smaller statue was built in 504 A.D and the bigger one was built in 554 A.D. Those two statues were the first of many colossal images of Buddha appeared throughout the world.

The site was listed as World Heritage site by UNESCO which also includes the archeological remains of Bamyan Valley and surrounding cultural landscape. In recent news, the heritage experts are increasingly trying of reassemble at least one of the standing Buddha.

These two standing Buddha Statues shows the cosmopolitan nature of Buddhist art and is greatly influenced by Greco-Buddhist art . They are built in quite different style in every respect. The smaller Buddha Statue is a typical Gandharan Buddha figure of 2nd or 3rd C.E. The construction of smaller statues was very interesting since only the facial feature and other voluminous folds were molded in plaster of mud and straw and the body was basically carved in the stone body. The Chinese Buddhist pilgrim, Hiuen Tsiang reached the kingdom of Bamiyan in A.D. 632 and praised the statue since this figure was completely covered in gold leaf and metal ornaments and state that the statue was built from metal. The bigger standing statue of Buddha was a complete replica of a Late Gandharan Buddha type.

Bamyan has always been the target for various attacks from 11th century to 20th century. In 1221, Bamyan got attacked by Great conqueror Genghis khan. Though the statues remain undamaged, various attacks on the statues were attempted by Mughal Emperor and Persian King Nader Afshar.
In March 2001, initially anti-aircraft guns and artillery were fired towards the statues, causing severe damage to the statues. After that, the Buddhas received additional damage by anti-tank mines placed by the Taliban. And the statues were finally destroyed by the explosives placed at the holes of the Buddha made by the previous attacks and rocket was launched destroying the statues completely.

Around 50 caves were discovered after the destruction of these two Buddha statues in Bamiyan. And various wall paintings were discovered which was stated that it was painted during the interval of 5th and 9th centuries.

The scientists also discovered the translation of the beginning section of the original Sanskrit Pratītyasamutpāda Sutra . It was translated by Xuanzang, Chinese Buddhist pilgrim spelled out the belief of Buddhism . And most of all another reclining Buddha statue was discovered which 19 meter high posing Buddha’s Parinirvana Pose.